About Busan and Haeundae

This post refers to the VISIT BUSAN homepage introducing landmarks in Busan to visitors. You can find a useful brochure for tourists here.

When people mention Busan, the first thing that comes to mind is the sea! Among Busan’s various beaches, Haeundae Beach is the best-known destination. Not only in summer but all year round, Haeundae Beach attracts a multitude of tourists seeking the dynamic atmosphere of Busan. Haeundae Beach is one of Korea’s hottest summer destinations, attracting over 10 million visitors every season. Its 1.5 km white sandy beach is lined with many entertaining facilities, attracting men and women of all ages from all parts of the world. Haeundae Beach has become the most popular spot for foreign tourists and vacationers from all over the country who enjoy swimming and sunbathing on a sunny beach. 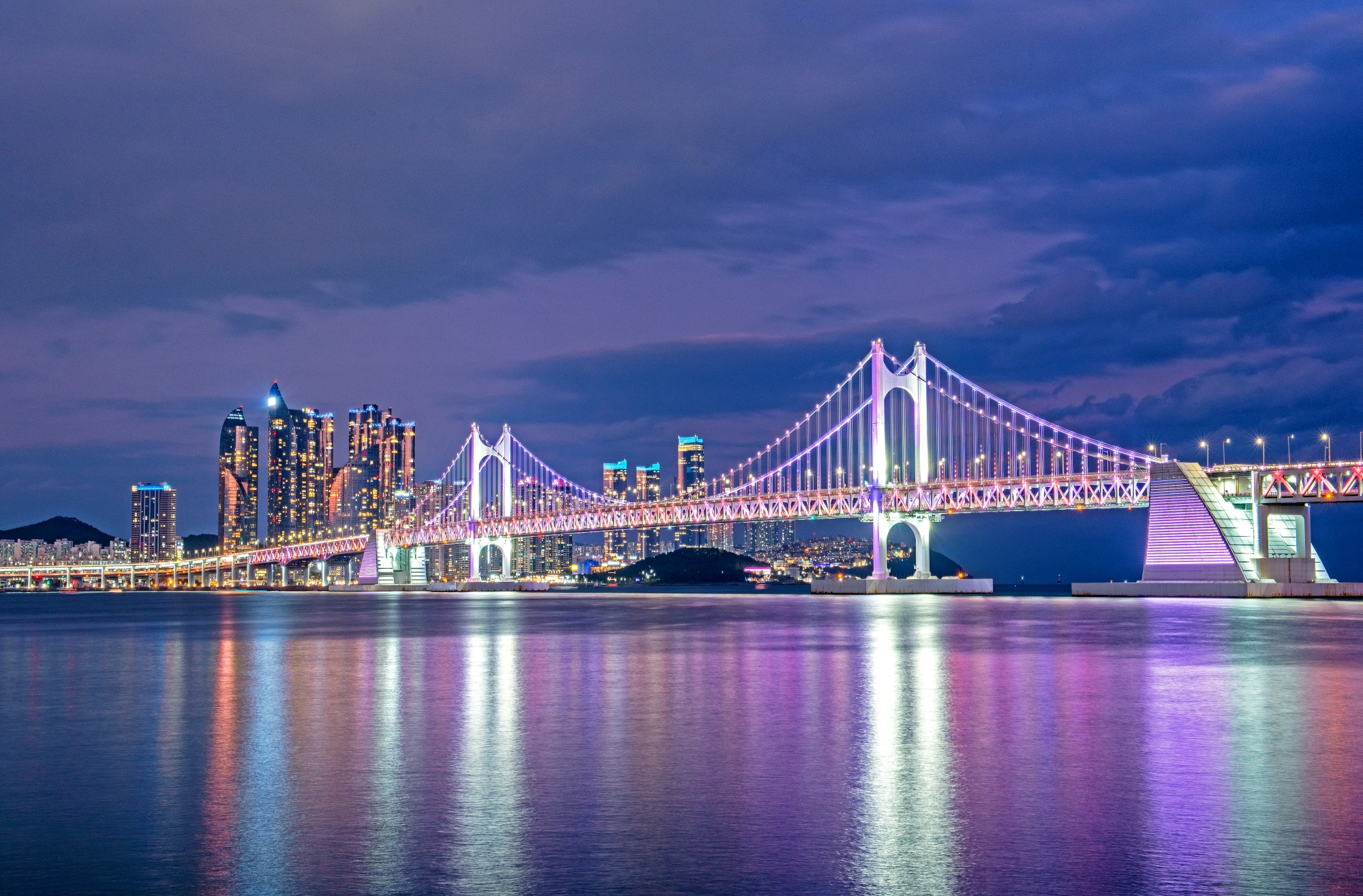 Gwangalli Beach is a famous beach and one of Busan’s representative hot spots, together with Gwangandaegyo Bridge. It is the closest beach to the city center and also a trendy meeting place for Busan’s youth. Along with its white sandy beach, Gwangalli is filled with diverse attractions such as restaurants serving delicious foods, coffee shops with an open view of the sea, exotic stores hidden in alleyways, and the Namcheon-dong Cherry Blossom Street, which shines with pink cherry blossoms in spring. 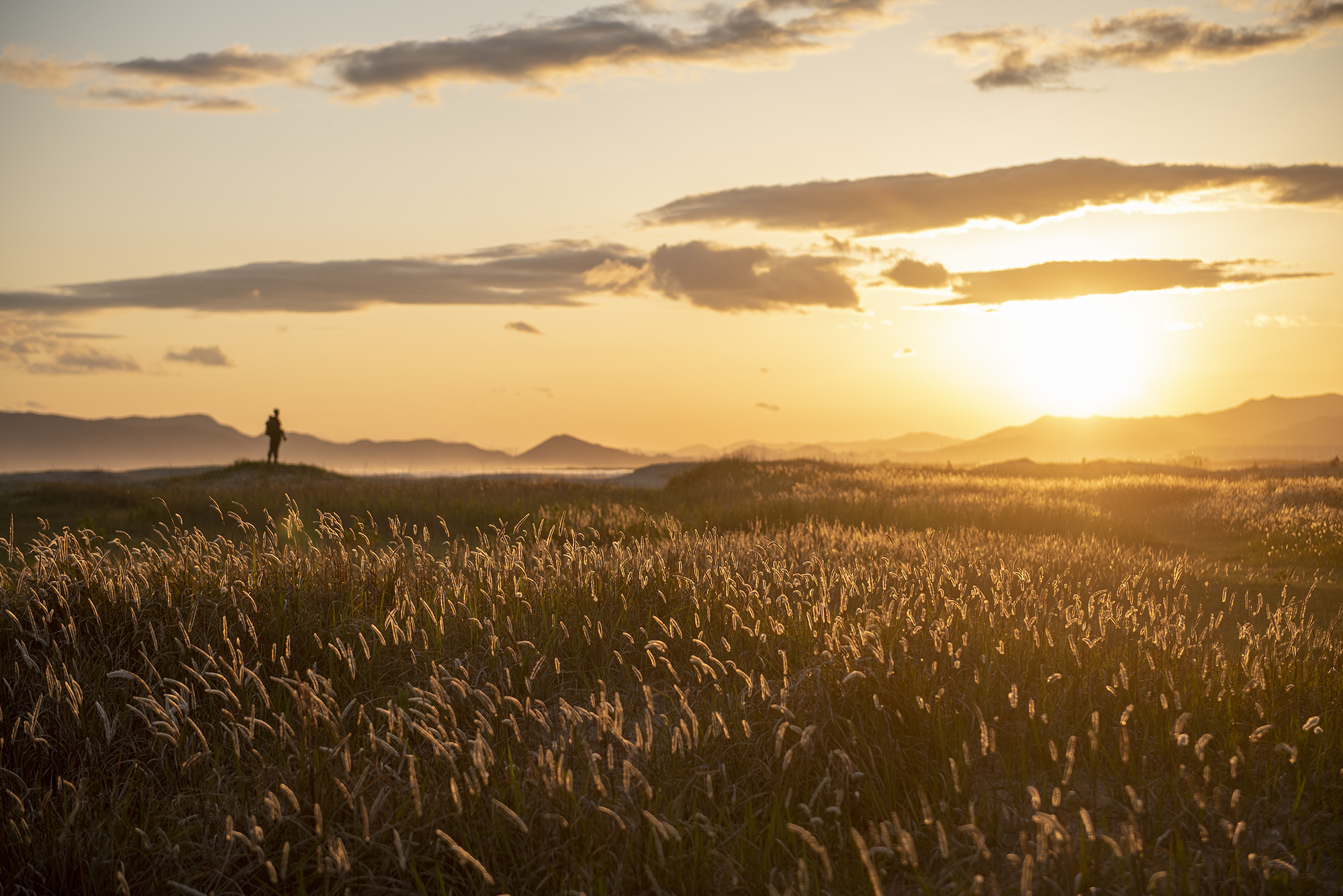 Dadaepo Beach, where Nakdonggang River and the South Sea meet, allows you to enjoy the beauty of nature with Busan’s sunrise, sunset, and sandy beach. The smoothness of Dadaepo Beach’s soft white sand is thanks to the long weathering period. The unique texture of the sand brushing between the toes provides a refreshing and pleasant sensation. The shallow and warm beach also makes it the perfect play place for children. The colorful toy forklifts and trucks parked on the white sandy beach create a cute scene. Recently, the beach is packed with people paddleboarding or kiteboarding. 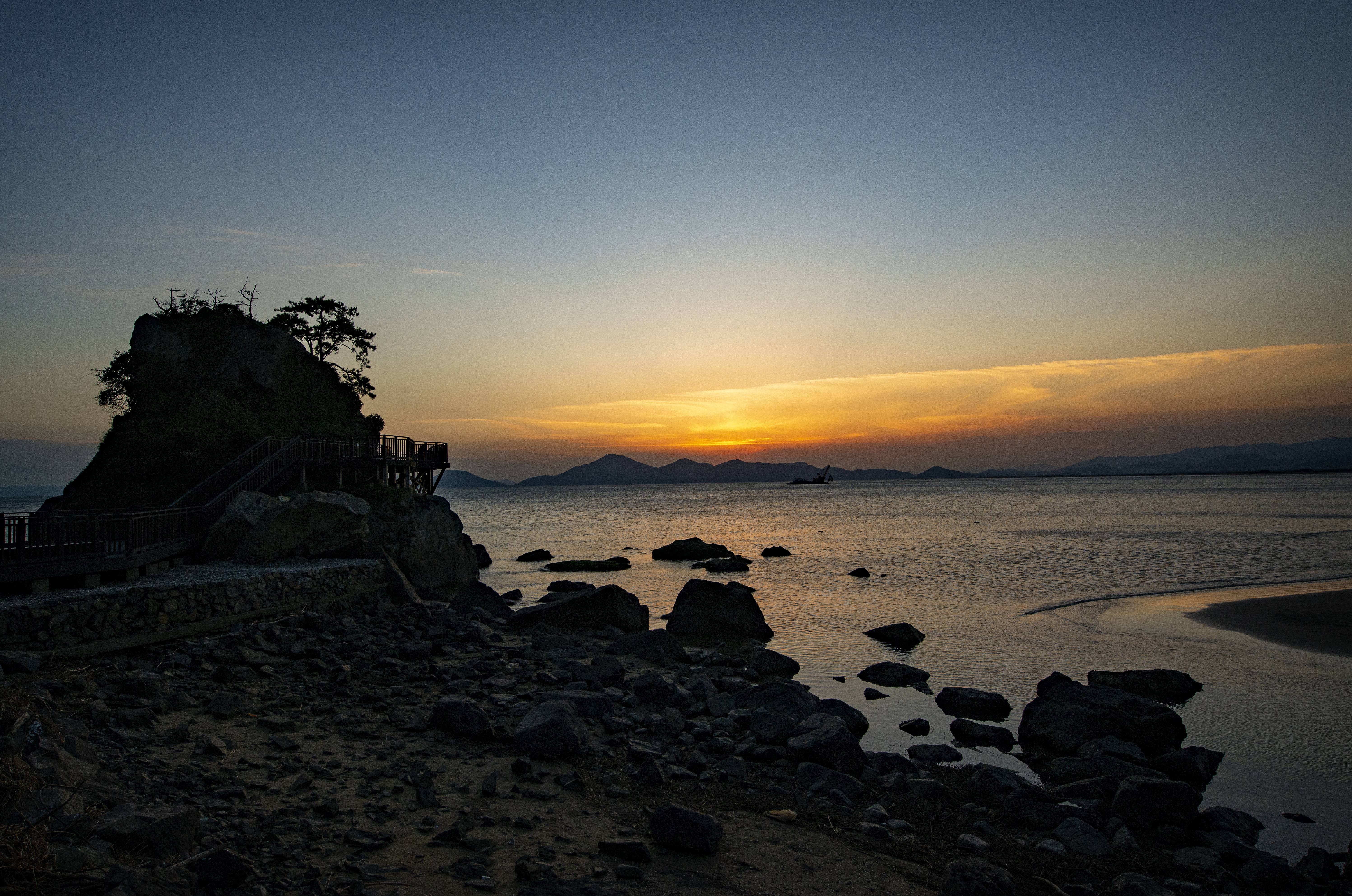 There is a small hill protruding out towards the sea at the left end of Dadaepo Beach. This is Morundae. This island is often foggy and cloudy due to the sea currents, which make the island nearly invisible. Hence the name Morundae, meaning an island sinking under the cloud.

This place allows you to walk along the green forest path and view the blue ocean simultaneously. The multicolored rocky coast boasts its beauty formed by years of crashing waves. We’re talking about Taejongdae Park at the southern end of Yeongdo, Busan. Taejongdae was named after King Taejong Muyeol of Silla, who used to stop by the region and practice archery as he was mesmerized by the beauty of the landscape. Taejongdae Park, where unique rocks are formed, and visitors are greeted by the dense forest surrounded by the deep blue ocean, is a leading travel destination in Korea. 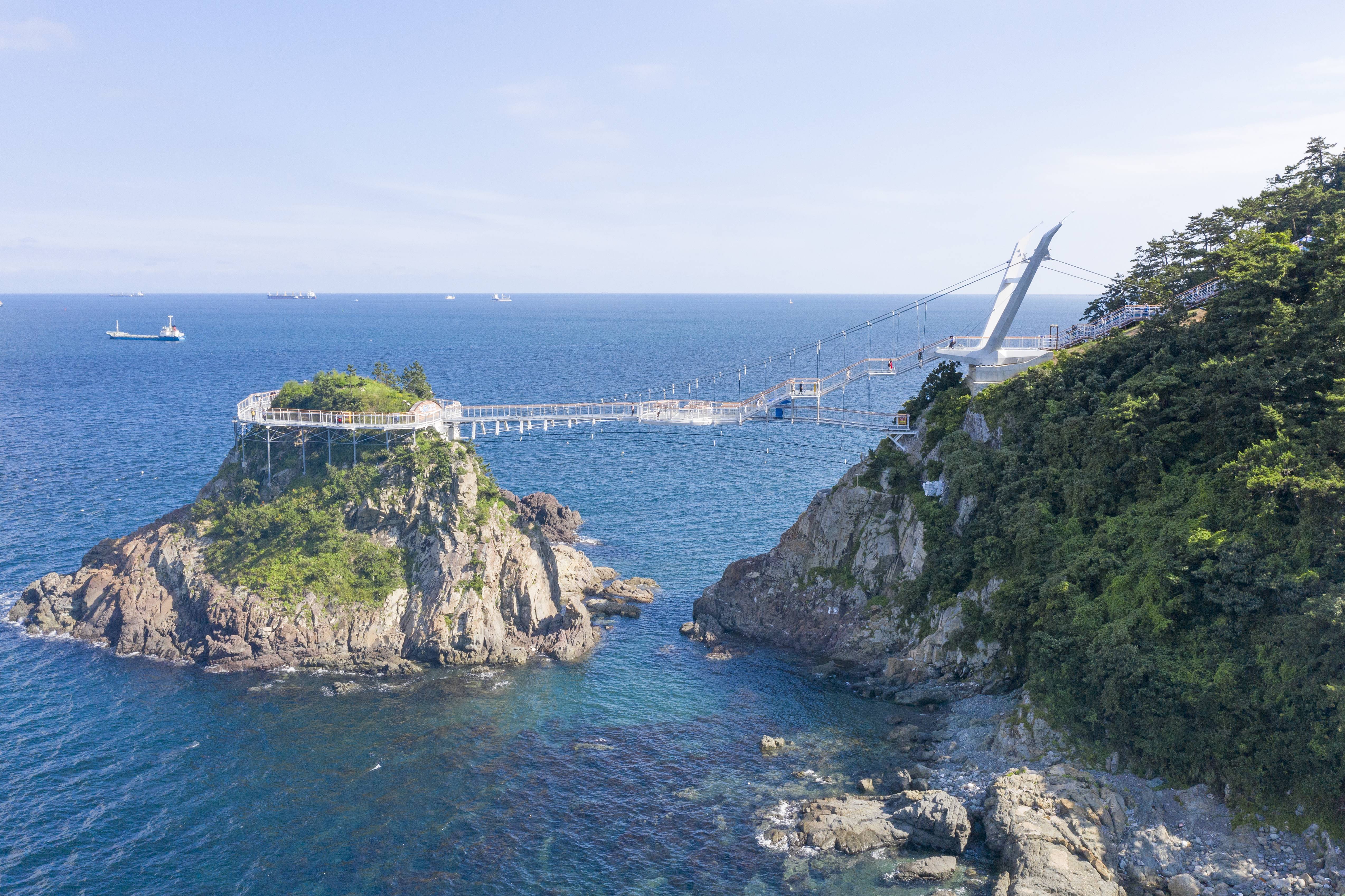 Opened in 1913, Songdo Beach is the first beach in Korea. After its golden age in the 1960s and 1970s, the beach became deserted. Those who wished to bring it back to its former beauty joined forces to repair the abandoned beach, making it even more breathtaking than it was in its heyday. With its spotless sandy beach, clear water, cloud trails, and an overwater cable car, Songdo Beach is once again a popular tourist destination receiving over five million visitors per year. 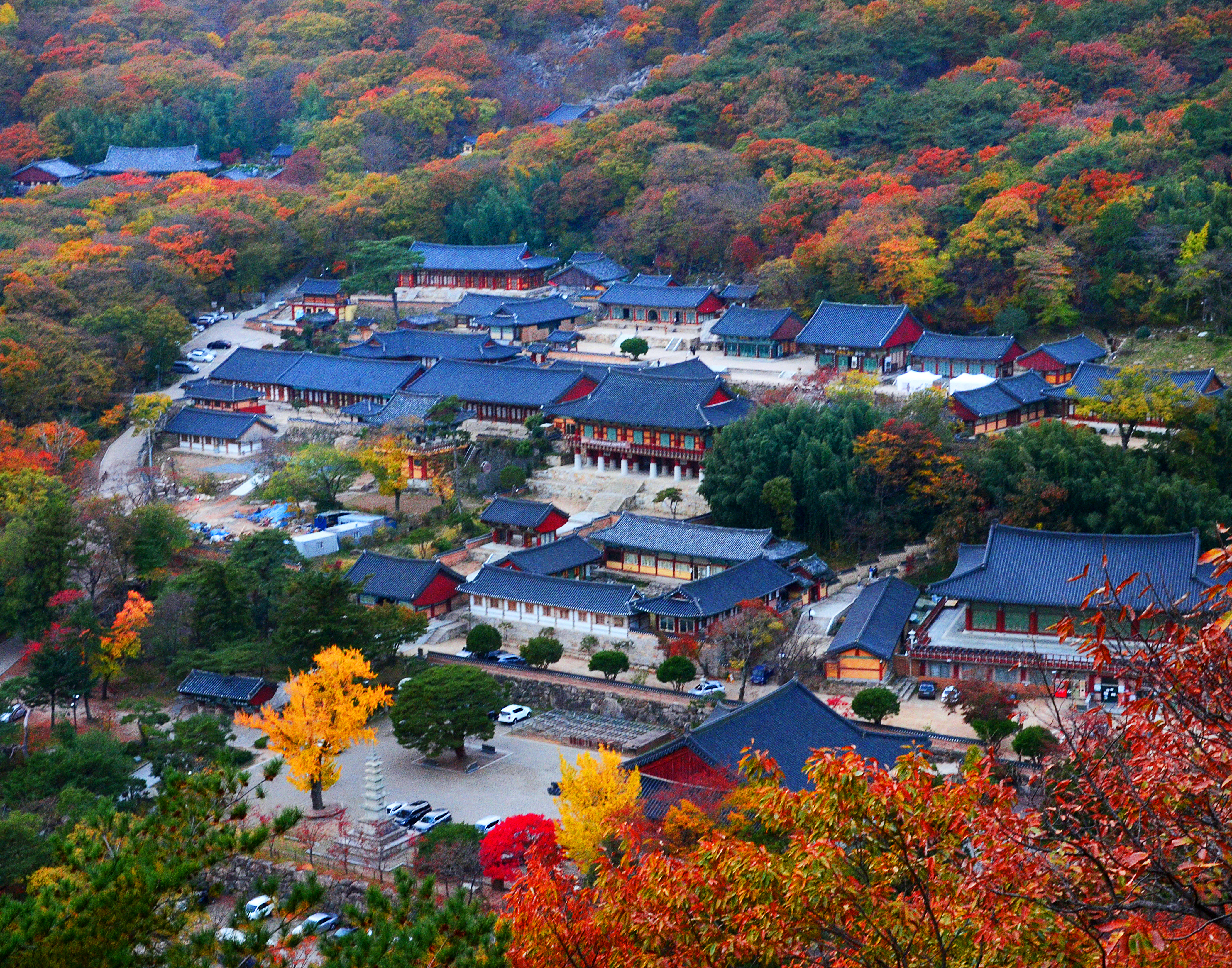 Beomeosa Temple in Geumjeong-gu, Busan, is the third-largest temple in the Yeongnam area following Haeinsa Temple and Tongdosa Temple. Built during the reign of Munmu of Silla, it has become famous as a Buddhist temple that has historically nurtured many Buddhist monks. Located at Geumjeongsan Mountain, the temple boasts a beautiful valley and outstanding mountains and is crowded all year around. 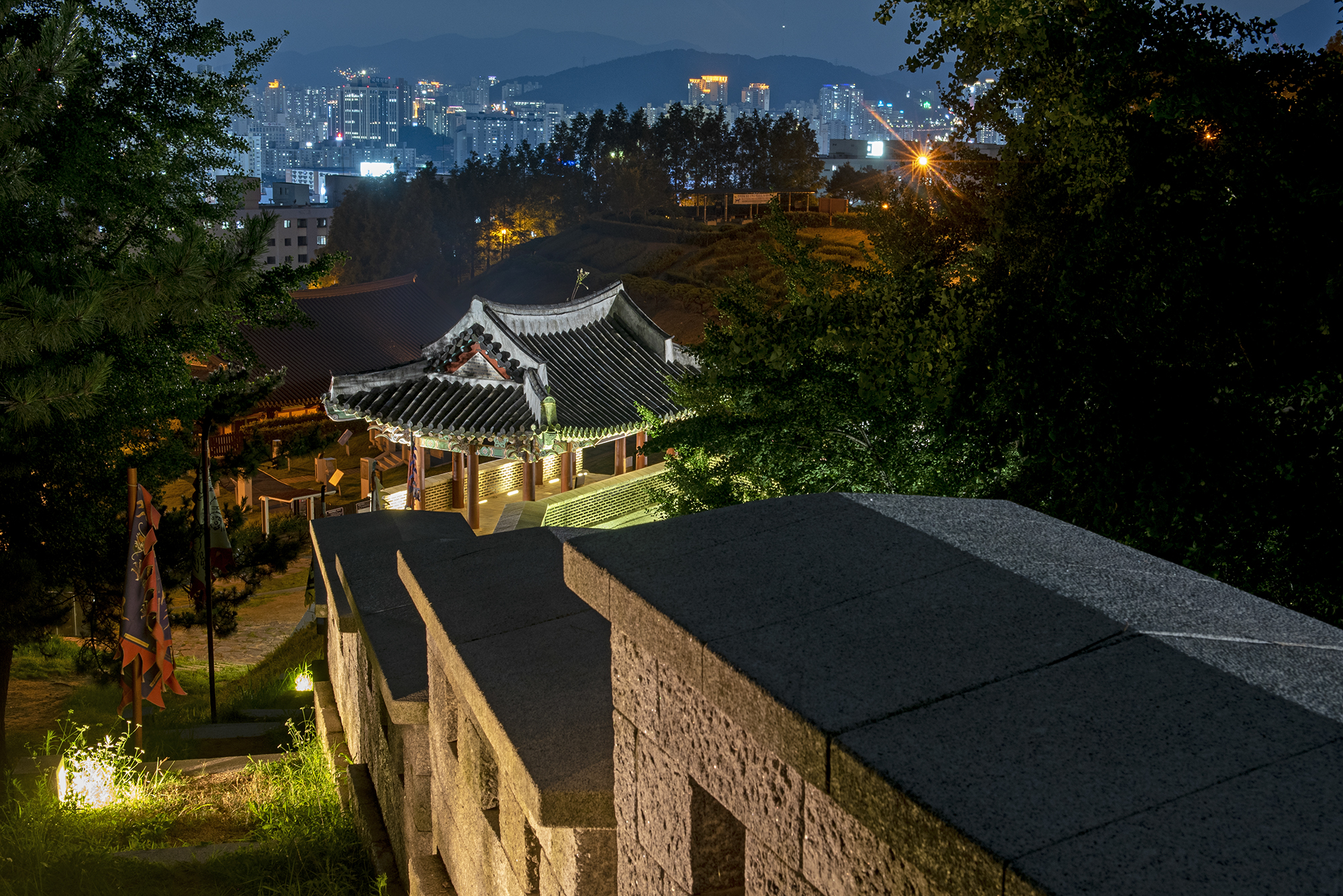 The stone walls of the Dongnaeeupseong Walled Town have been recently restored by placing new bricks on top of the old ones. While walking along the stone walls, you will encounter the magnificent North Gate, where you can enjoy an open and peaceful view of Eupseong Square. Moreover, you will appreciate its undulating path and beautiful scenery along the staircase-style trail.

Even though the road to Yongdusan Park has an ascending slope, the trees cast a cool shade along the road, making it a pleasant walk to the entrance of the park. For travelers who will take the Busan Metro, they can use the escalator entrance close to the station to reach the park more conveniently. The citizen’s bell and flower clock placed under the elegant pavilion greet visitors. The citizen’s bell, made through donations by Busan residents, is used to welcome New Year’s Eve. If you wish to tread on rosy paths only, do not forget the flower clock at Yongdusan Park. 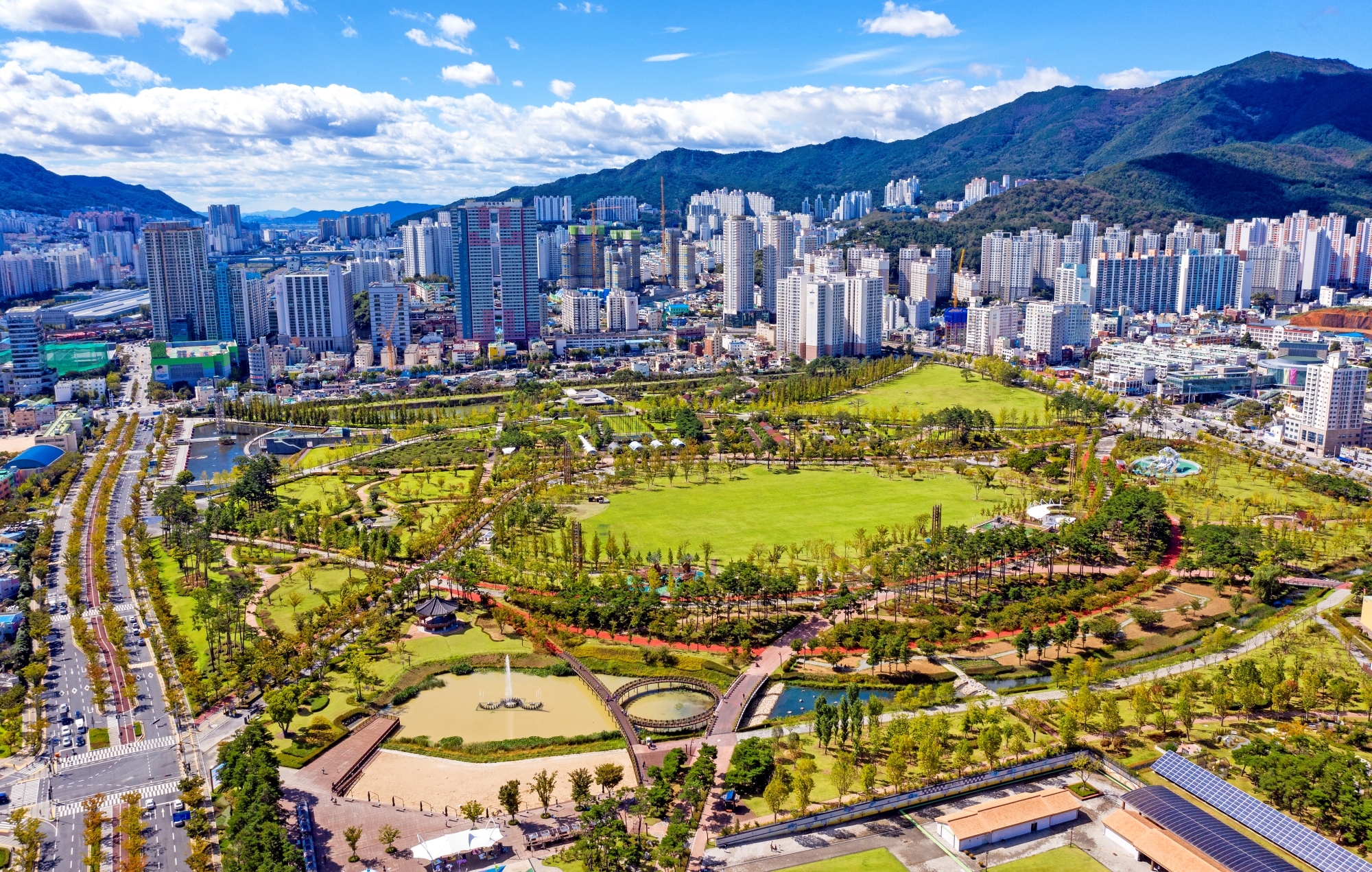 Military camp and park—these two words do not match well together. However, there is a place where a military camp is reborn as a park, namely Busan Citizens Park. For 70 years after the liberation in South Korea, this place had been called the “US Army Camp Hialeah,” but now it’s back as a resting area for people in Busan. 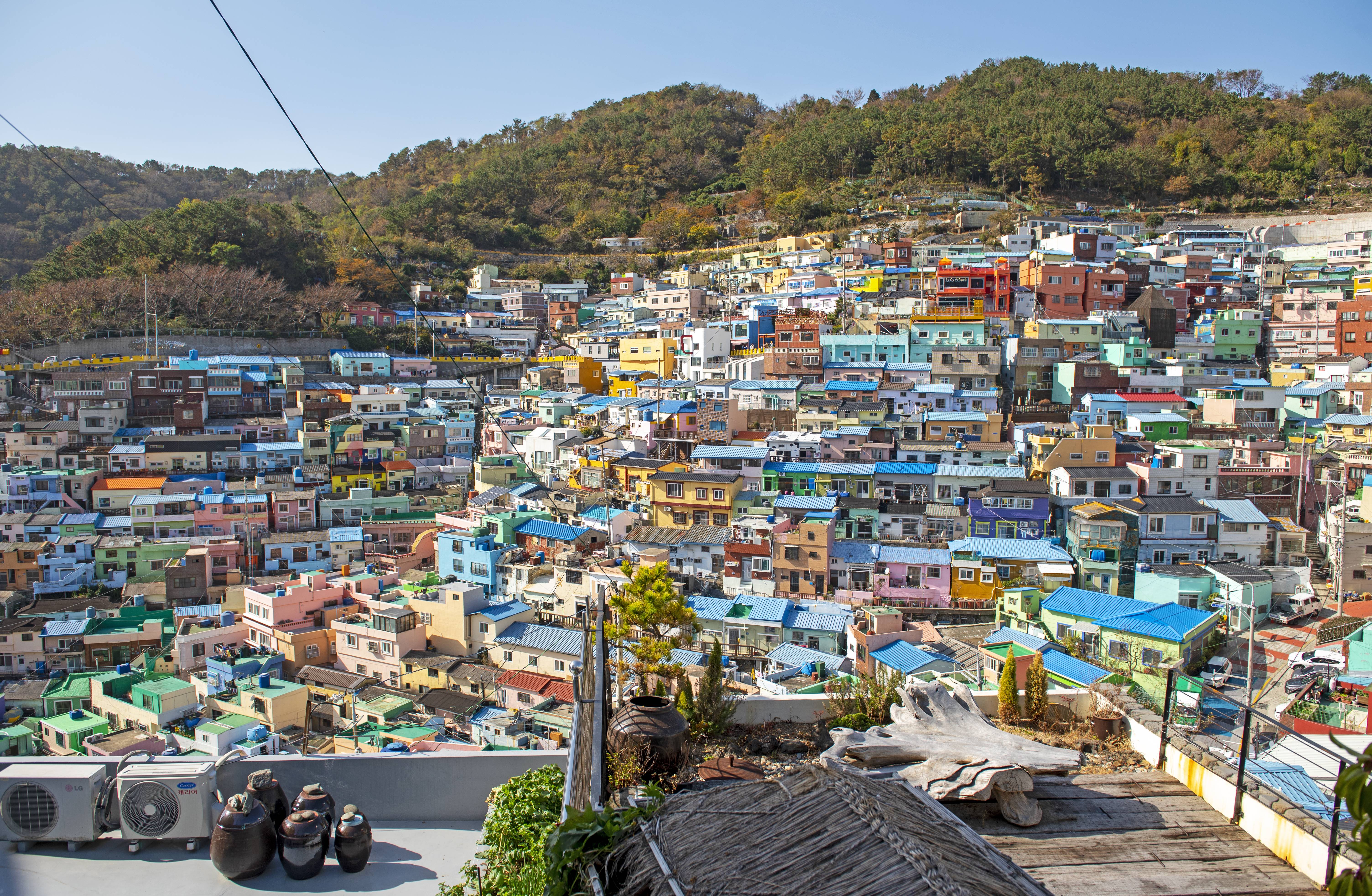 While the village’s beautiful landscape gave it the nickname of the Machu Picchu of Korea, the town was a part of the painful history of Busan. Refugees settled in Gamcheon Village during the Korean War and cultivated the mountainous region to make a living. In 2009, students, artists, and residents decorated the village as a part of the Village Art Project, and the town grew into a leading tourist attraction of Busan since then. 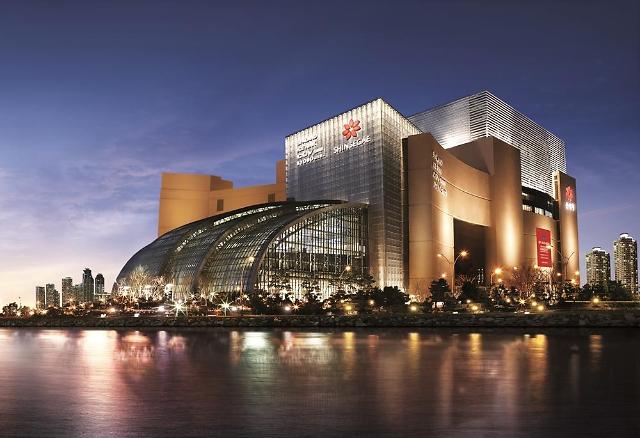 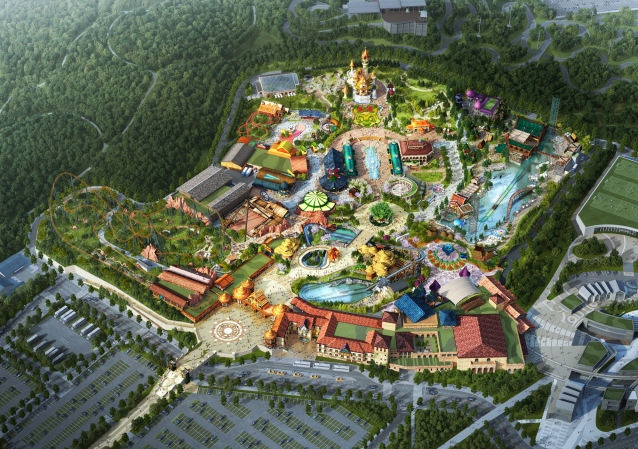 The Lotte World Adventure is the only theme park at Busan (in 2022). The park has 17 riding attractions in 158,000m2. Several parades and performances also will be held. The sector the park placed is “OSIRIA tourist complex”. It has many places to go, i.e., IKEA, Lotte Premium Outlet (Shopping mall), Busan Science Museum, Hilton Hotel and Ananti Cove (Resort Area), etc.

You can find more tourists’ places in visitbusan.net.